In 2015, the City was awarded approximately $1.8 million for the bike and pedestrian path project called “The First Mile.” On June 9, 2020, the Garden Grove City Council approved the official naming of the trail as the “Medal of Honor Bike and Pedestrian Trail” in honor of Garden Grove’s Medal of Honor recipients.

The project is part of the Caltrans Active Transportation Program (ATP) Cycle 2 Grant. To date, the City has completed all four phases of the project which includes the engineering design, environmental study, Right-of-Way (ROW) certification, and construction.

The construction of the trail was a continuation of a bicycle pilot project that was previously constructed from Nelson Street to Stanford Avenue. The extension continues the trail from Stanford Avenue to Brookhurst Street, which results in a one-mile bicycle and pedestrian trail. The construction phase included a 12-foot wide bi-directional bike path made from asphalt concrete pavement and an 8-foot wide pedestrian walkway made from decomposed granite.

In 2020, the City began developing a 40-year Urban Forest Management Plan (UFMP) to act as a guide for maintaining, enhancing, and growing an urban forest in Garden Grove, starting with the Medal of Honor Bike and Pedestrian Trail. The plan included an improvement project consisting of the installation of new irrigation, landscaping, and planting 363 trees along the bike and pedestrian trail. For more information about the UFMP, visit ggcity.org/urban-forest. 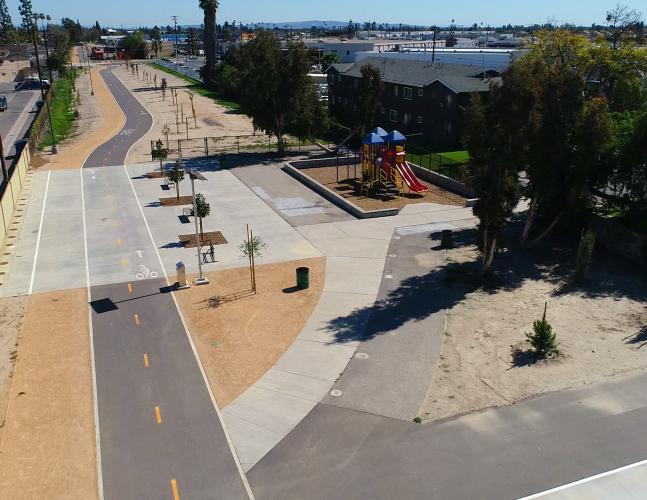 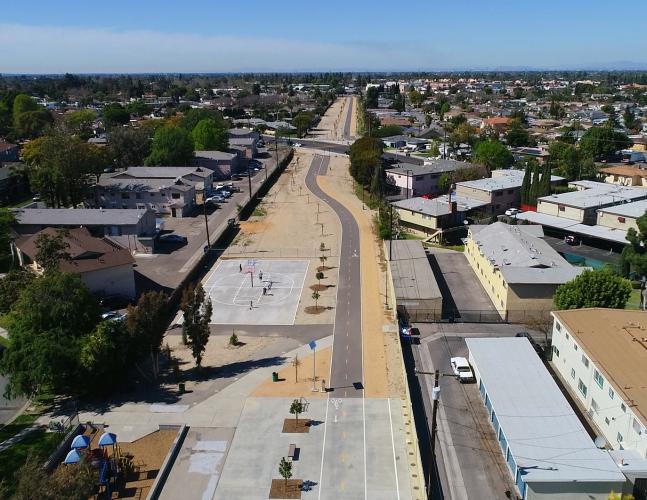 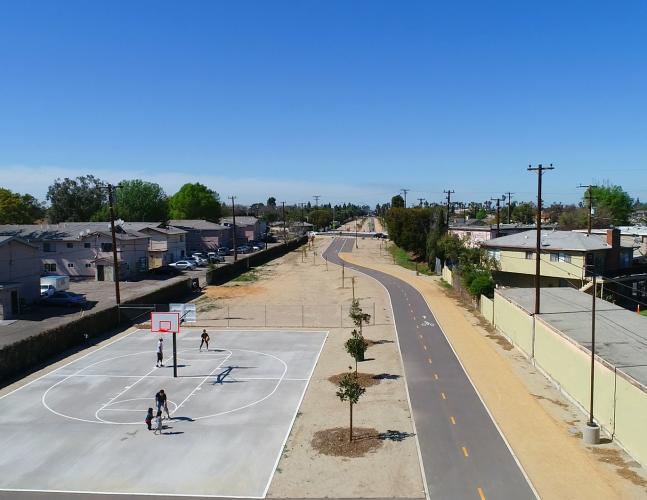 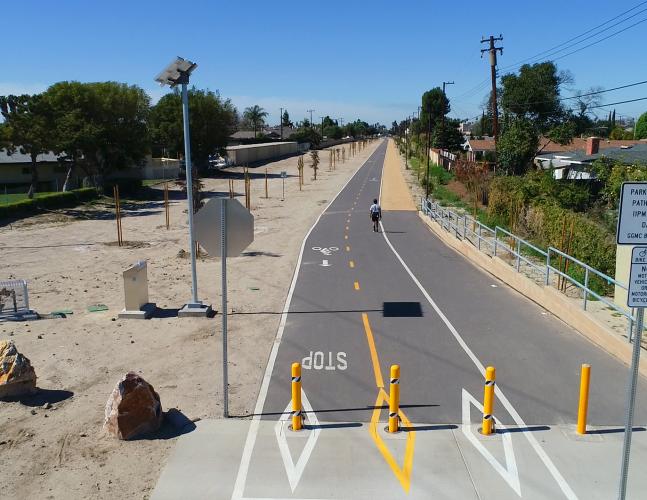 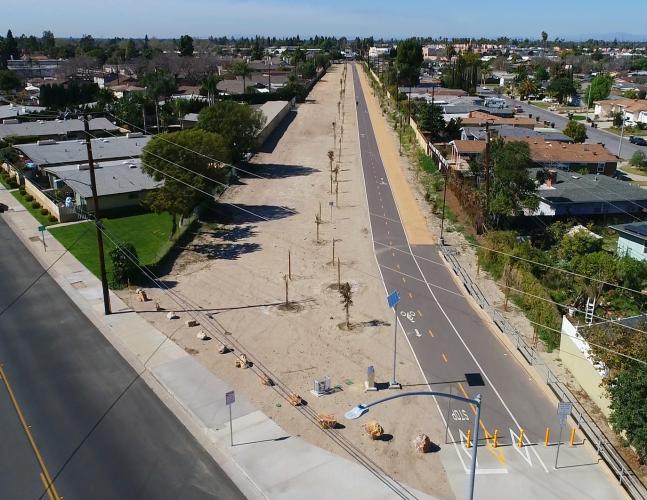 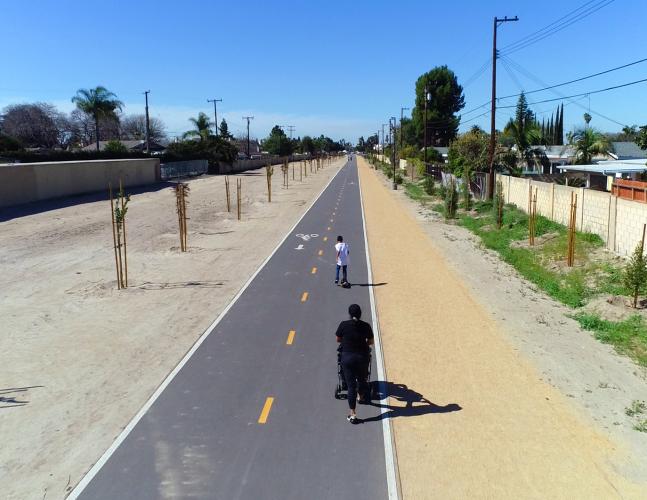 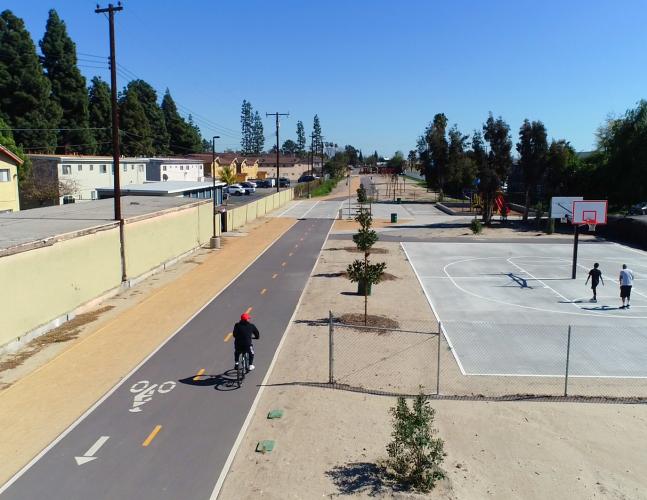 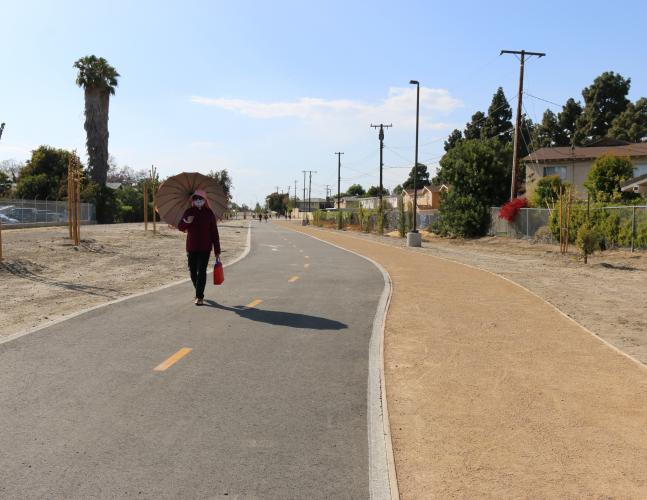 The City was awarded $74,000 in 2017 for the fifth phase of the bike and pedestrian path project which is the non-infrastructure component.

In 2020, the City received authorization to proceed with the project and planned for events to take place from March 2020 through June 2020. Due to COVID-19, all outreach programs including a bike trailer with bike repair workshops were cancelled. The City submitted a request for a 1-year extension to develop new outreach events that follow state and county guidelines. 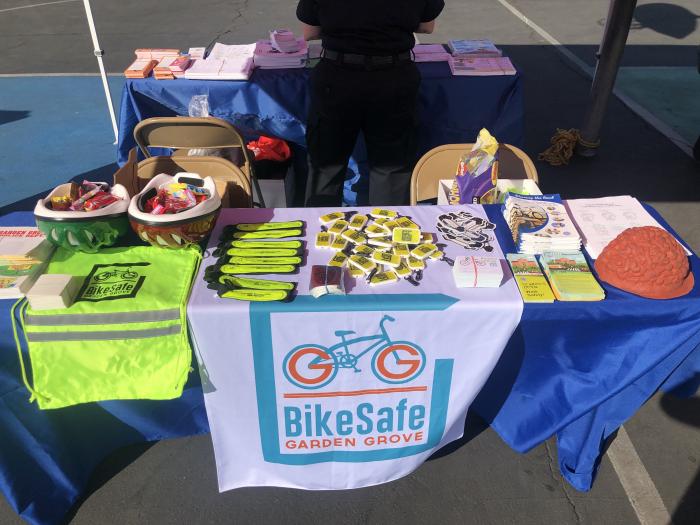 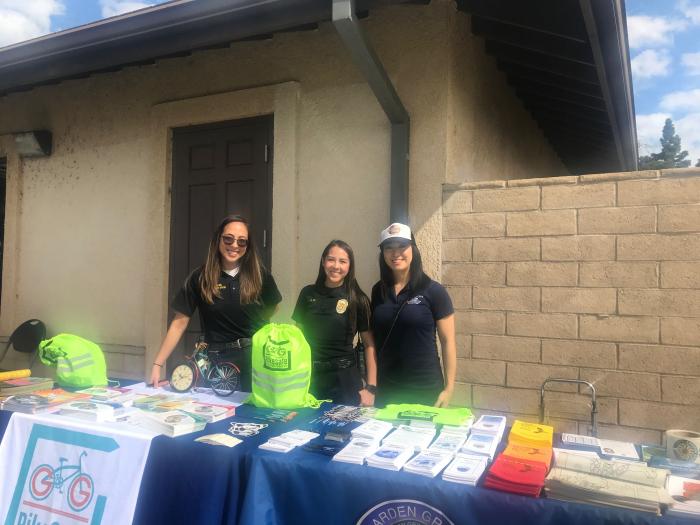 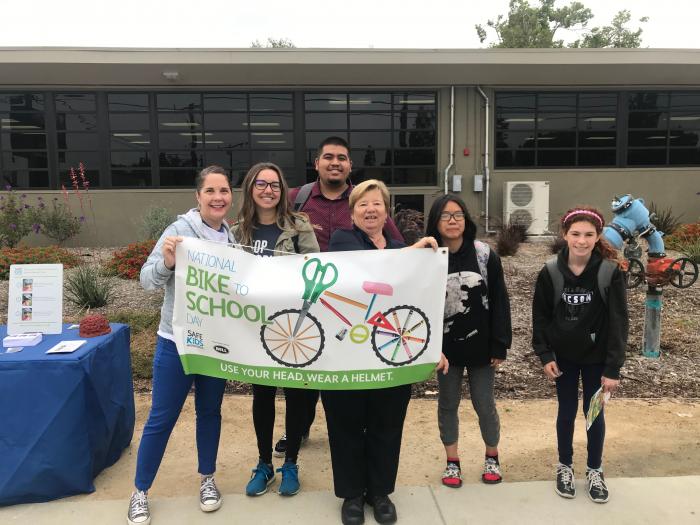 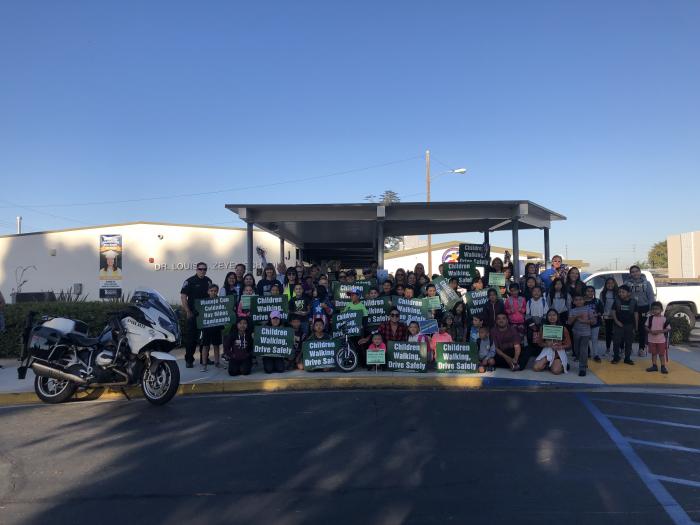 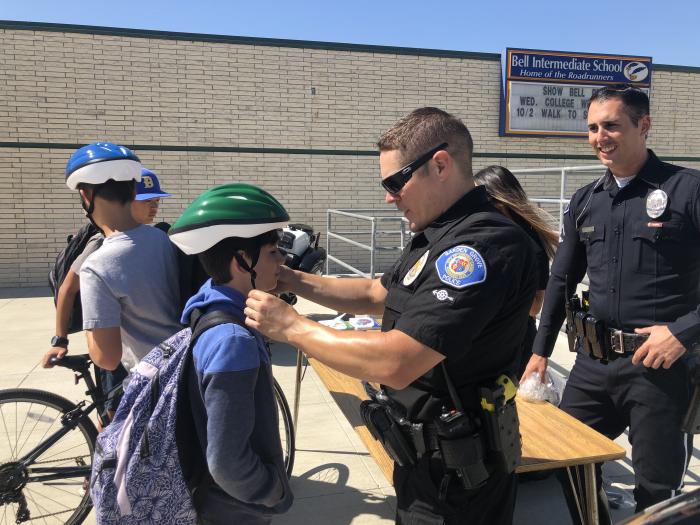 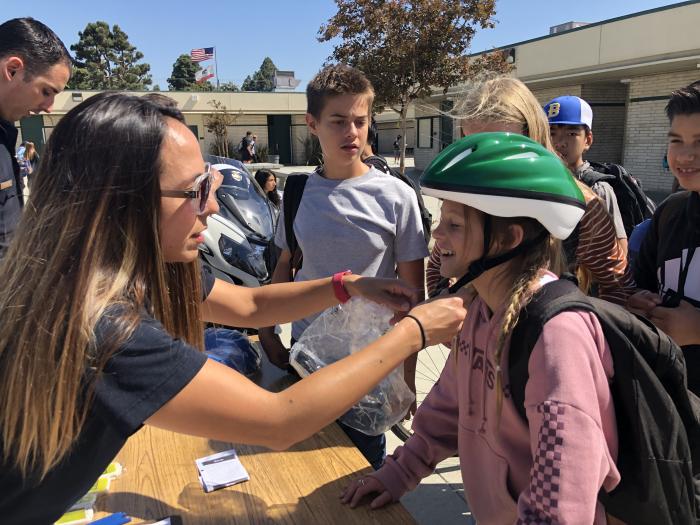 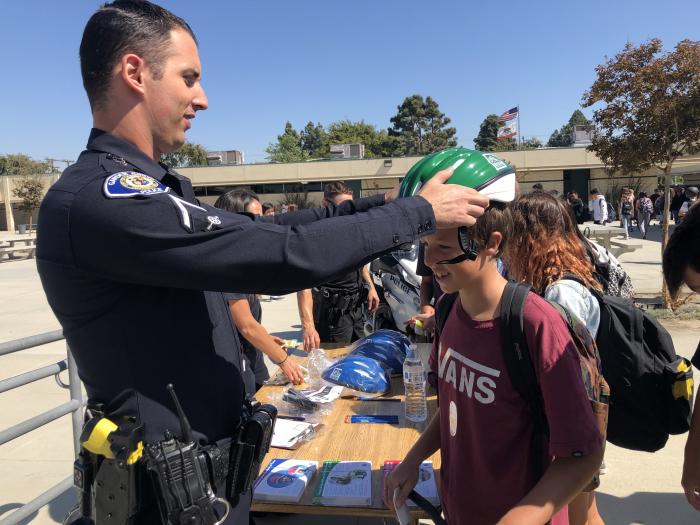 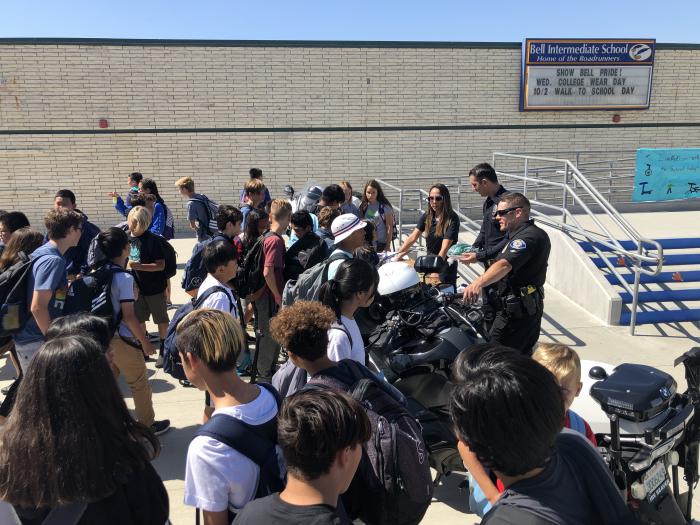 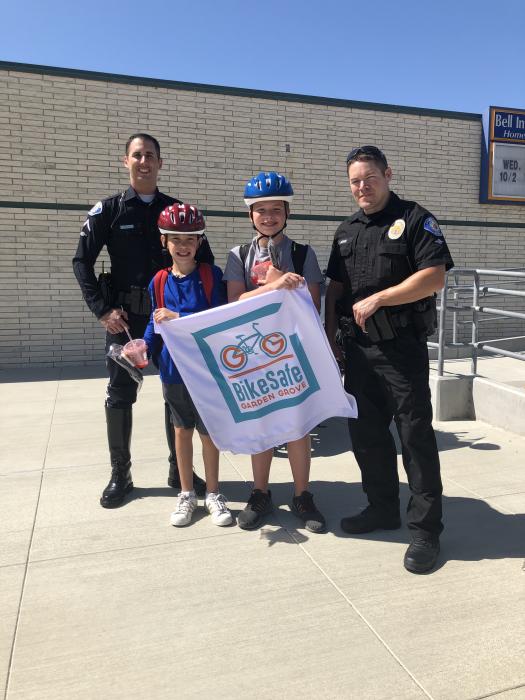 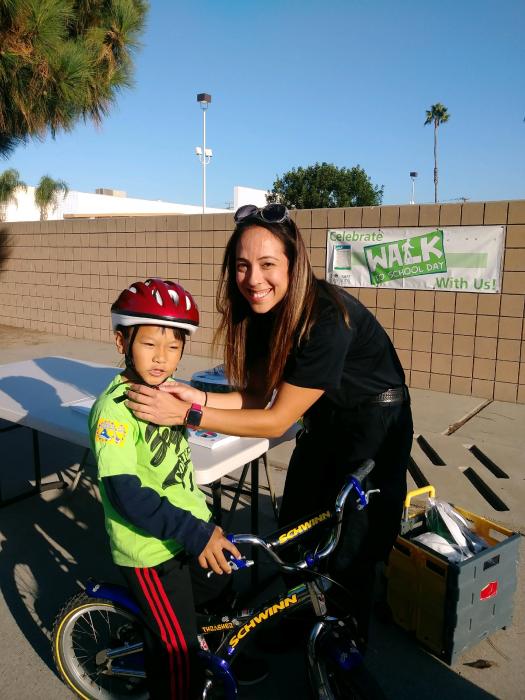 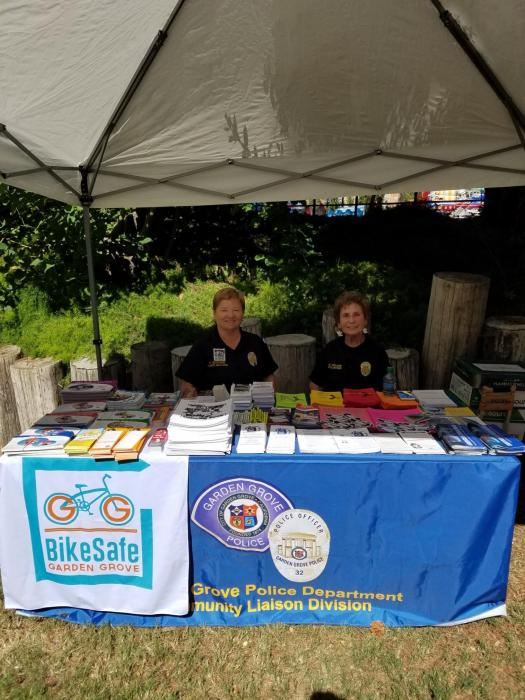 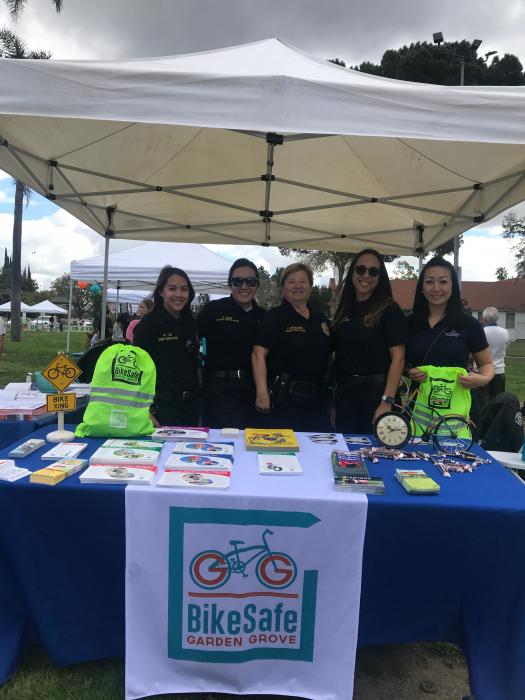