Yesterday, Garden Grove City Manager Scott Stiles held a press conference to announce the immediate roll-out of the City’s new public safety plan resulting from the passage of Measure O, a one-percent sales tax approved by 65 percent of Garden Grove voters in November, which goes into effect on April 1, 2019. The plan focuses on: the recruitment of 16 additional police officers and police support personnel; the addition of one full-time police officer to the police department’s SRT (Special Resources Team) homeless task force; the creation of an RFP (request for proposal) for long-term police facility improvements; and the development of the Measure O Community Oversight Committee in early 2019.

Stiles opened the conference by thanking the Garden Grove community for their support of Measure O.

“First and foremost…we want to thank our community for showing confidence in the City to use Measure O revenue to ensure great services are continued in Garden Grove,” said Stiles.

“From 1997 to 1998, the number of Garden Grove sworn police officers peaked at approximately 175. Today, we have 168, which says a lot about how understaffed we are. Measure O funding will allow us to be more effective with confronting the increased crime rates and our increasing homeless population,” said Chief Elgin.

Both Elgin and Stiles spoke about the issues associated with the homeless population as ongoing concerns, confirming that Measure O funding would also be used to assist the efforts of the police department’s SRT homeless task force, and provide for the immediate hiring of one full-time officer dedicated to the SRT.

Stiles also announced the creation of an internal team to develop an RFP to secure firms that will design needed upgrades to existing police facilities covering the next 30 years. According to Chief Elgin, the police department headquarters in the Garden Grove Civic Center is 50 years old, and unsuitable to accommodate additional police personnel.

“This is what our community wanted, and it’s what we said we’d deliver. That’s why it has my wholehearted support, as well as the support of my City Council colleagues,” said Mayor Jones during the press conference.

For more information about Measure O, visit the Measure O Information webpage. Photos from yesterday’s press conference can be seen on the City’s Facebook at Garden Grove City Hall. 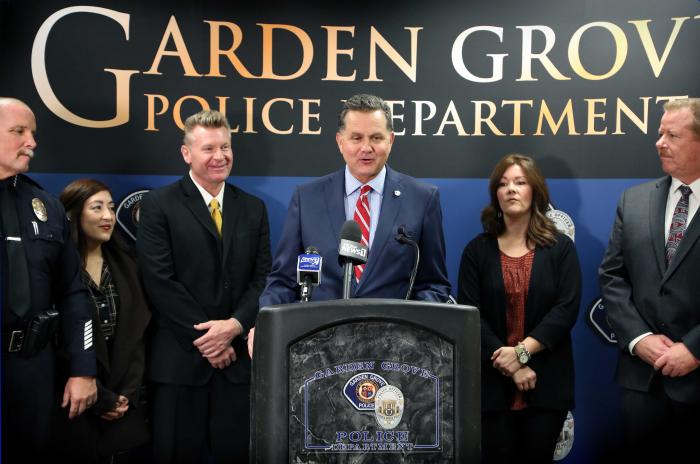 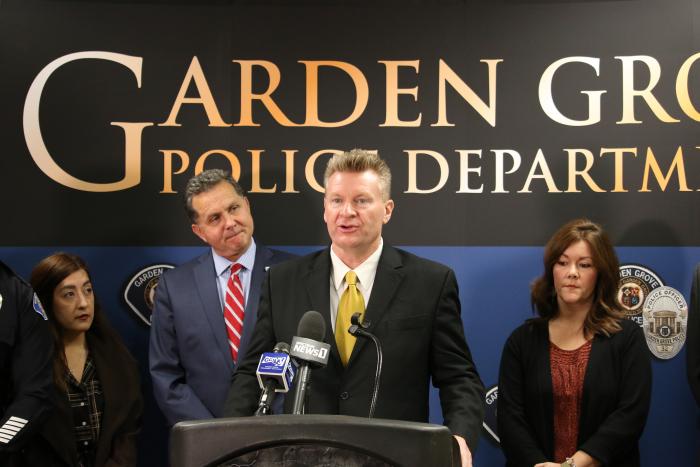 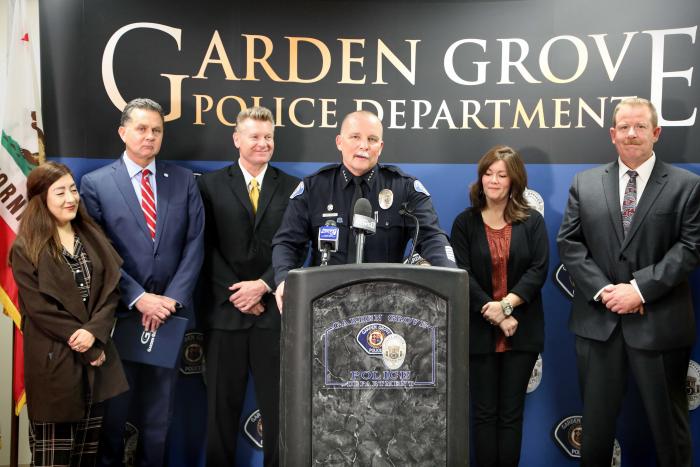