Updated Information:
Garden Grove Homicide Detectives worked through the night and followed up on several leads. At approximately 0130 AM, detectives conducted a high risk car stop on a suspect vehicle leaving a hotel in Venice Beach, California. Three male suspects were taken into custody without incident and were transported to Garden Grove Police Department.

After further investigation, detectives learned this homicide was drug related and involved a marijuana sales transaction between the victim and the suspects. All of the individuals were at the Garden Grove residence on Westminster Ave. to conduct the drug sales transaction when the shooting occurred. The three male suspects were booked at Orange County Jail for murder and other related charges.

This is the third homicide in Garden Grove this year where the sale of marijuana and other illegal narcotics was directly involved. These incidents were outside the operation of legal marijuana businesses. None of the homicides are linked to each other but the motive for each homicide was robbery for cash or illegal narcotics.

The first homicide occurred on 4-29-19 at a home in the 12000 block of Corvette Street. A suspect who came from another state, attempted to rob a courier for cash at a stash house for marijuana sales. The courier shot and killed the suspect claiming self-defense. The second homicide happened on 7-8-2019 in the 9100 block of La Grand Avenue where several suspects did an early-morning home invasion robbery. The suspects shot the victim while demanding cash and narcotics. No arrests have been made for the second homicide and it is currently still being investigated. This most recent homicide was committed by suspects who travelled to Garden Grove from Arizona to purchase marijuana. Recreational use of marijuana is illegal in Arizona and detectives believe this may be a reason why suspects are traveling from neighboring states to commit crimes.

Anyone with information about this most recent crime is encouraged to contact detectives at the Garden Grove Police Department.

ORIGINAL NARRATIVE:
Garden Grove Police Officers responded to a call of possible gunshots and a subject bleeding in the 9600 Blk. of Westminster Ave. in Garden Grove. Officers arrived on scene and located a male Asian adult in the rear yard of a residence with gunshot wounds who was deceased.

Garden Grove Police Detectives responded and are handling the investigation as a homicide. Details are unknown at this time as to the identity of the victim, his relation to the residence, as well as any suspect information. Further information will be forth coming as the investigation is on-going. 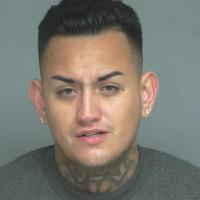 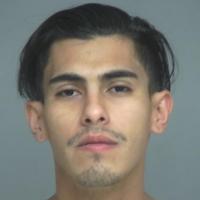 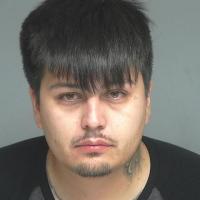