Delivering his State of the City address today before a sell-out crowd at the Hyatt Regency Orange County, Garden Grove Mayor Steve Jones brought out the star power to highlight successful partnerships that have created “magical” moments for the City.

“We had a phenomenal year last year, Garden Grove…and it’s just the beginning,” said Mayor Jones, echoing the words expressed by Bryant in the video.

Giving credit to the work of the Garden Grove City Council, Mayor Jones said, “The best example of teamwork makin’ the dream work comes from my terrific City Council colleagues who have diligently worked to serve their districts and their city.” Pointing to partnerships built between the City and recognized names such as Arabian Prince, founder of the rap group NWA, and now eGaming business consultant, Mayor Jones said, “Throughout the course of our lives, there are special times when the stars align and we may find ourselves in exactly the right place, at the right time, surrounded by the right cast of characters all coming together in perfect harmony… to
create truly magical outcomes.”

Arabian Prince, who refers to Garden Grove as “Silicon Grove,” has worked with the City to hold events similar to the TV show Shark Tank where tech entrepreneurs pitch their ideas to venture capitalists. On Friday, February 28, the City will collaborate with Arabian Prince to hold the “Esports Pitch Fest” at the Garden Grove Community Meeting Center.

Key projects, resulting from the successful collaborations between the City and business and community partners included: the School Resource Officer program with the Garden Grove Unified School District, placing specially-trained full-time Garden Grove Police Officers in local schools; the “22 and Beach” mixed-use center on Beach Boulevard, shared with the City of Stanton; and the newly-relocated Kia Garden Grove dealership and the upcoming Home2 Suites by Hilton hotel, both located on Harbor Boulevard, south of the 22 Freeway.

“The City of Garden Grove and the City of Santa Ana have been strong supporters of a modern rail connection that will lessen traffic, reduce parking issues, and create greater access between both cities,” said Mayor Jones, referring to the Orange County Transit Authority’s (OCTA) ongoing OC Streetcar project. Mayor Jones, a long-standing OCTA Board Member, was recently named as the agency’s new Chairman of the Board.

“Our sights now turn to a key development that I can’t wait to see break ground in the not-so-distant future,” said Mayor Jones when talking about the unprecedented financial success of the Grove District-Anaheim Resort, and what is currently the City’s largest development to date.

Anchored by the luxury, 4-star hotel brands, Le Meridien by Marriott, and one of the largest Kimpton Hotels in the nation, the project, located on Harbor Boulevard, near Target, is expected to produce some of the largest revenues generated by the City’s resort area. Mayor Jones first announced both hotel brands during an earlier State of the City address. 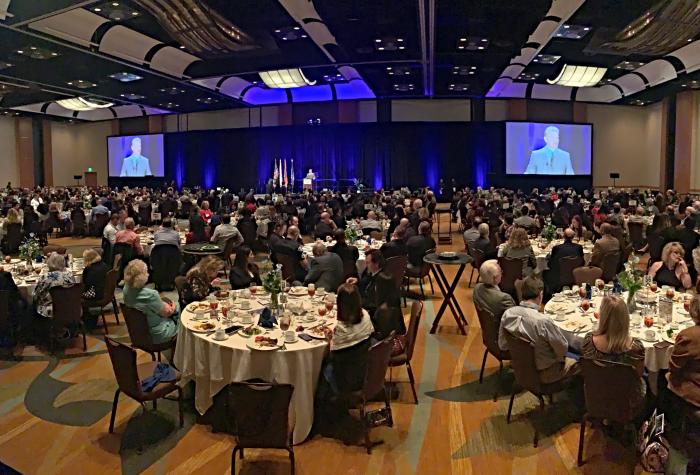 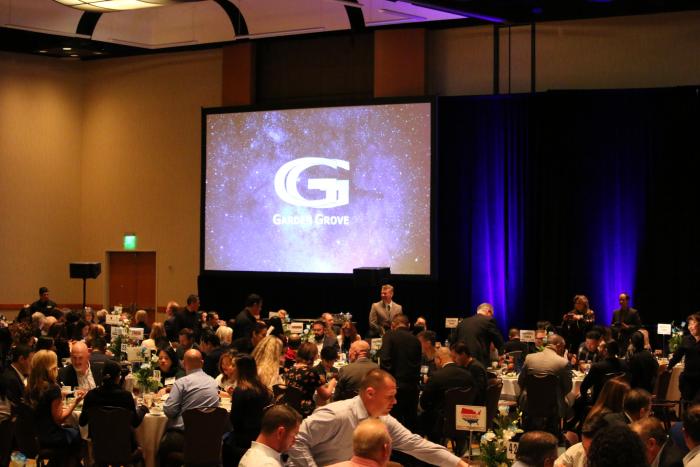 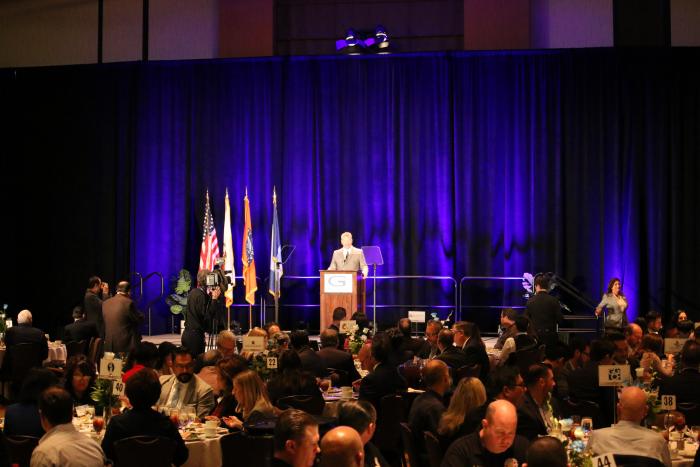 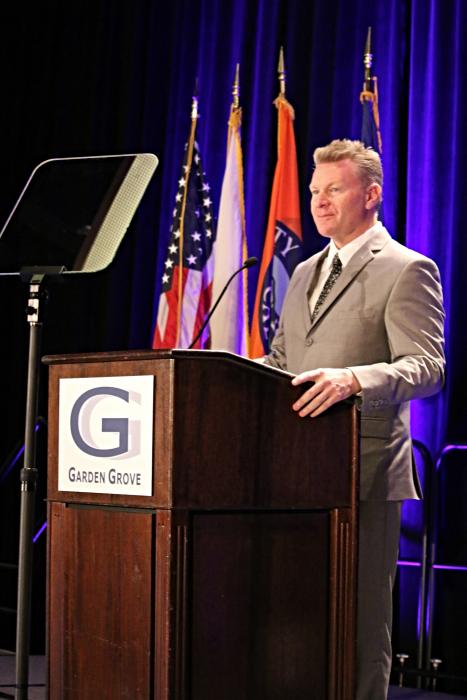